Arduino apps for Android and Windows

We know that Arduino Apps Used for Programming. But we could run it on
Windows Or Android. As it depends on the availability of a programming device for
Our projects.

These Apps can help to learn and create electronic projects. I will describe the
functions and introductory of the following application and also support systems
required to run.

A comprehensive list of Arduino programming applications for Android

Android Apps for Electronics solutions. It is an easy-to-use Arduino Application in Apple Android.

Droid is a short form of Android, it means a robot. The Droid app works on PC and
An example of Arduino is also available.
It includes IDE, compiler, and up-loader. the mobile memory should be enough and
it can't be set up on an SD card for Android protection policy.

The second picture shows a menu, it looks easy to program Arduino. all options
Will display By clicking the upright button. Arduino Libraries can add, as in Arduino
Ide.

Blynk is one of the best Arduino Apps of Blynk Inc for android to use with ESP8266,
ESP32, NodeMCU, and also works with Raspberry Pi. Blynk supports Bluetooth low Energy (BLE). This is an Arduino Bluetooth controller app for wireless devices.
It contains a lot of examples and a set of libraries to build an internet of things (IoT)
easily, even if you have little experience in electronics.
By using the Blynk just connect Sensors and you can control output modules e.g.
Motors, actuators, or robotics vehicles. It is available from the Blynk. official site.

It is an iPhone application to control the color of light. Light show works on Bluetooth technology. You can vary colors through the Arduino and Bluetooth module.

Arduino IDE is open-source software for Arduino programming. It is very easy to
install. The software has a beta version and hourly based, any of them can program
Arduino.
It is widely used for Arduino projects. The downloads are available not only for Windows but for Mac OS and Linux as well. 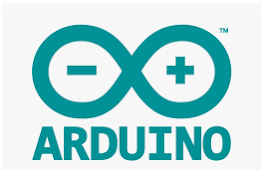 If you don't enjoy programming with difficult languages, the mblock is the best option
For programming. It is also an open-source tool. It is a scratch-based coding
platform.
Software designed for Science, Technology, Engineering, Arts, and Mathematics
(STEAM) education. We use it for Arduino Mega2560 and a micro bit. The latest
version is mblock 5 for windows 7/8/10.
It is a drag & drop type block-based Developer tool. It is available at the App Store
for iPhone and iPad. This is also an Arduino app for android and gets from the
Google play store. We mostly used mblock for robotics projects. 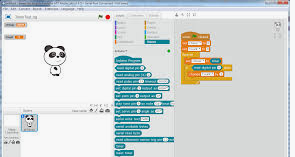 The Arduino UNO simulator is a Windows and Android-based Software (at play
store with many available) that provide a virtual representation of a real-world
Arduino circuit. It is a virtual version of exactly the same circuit. 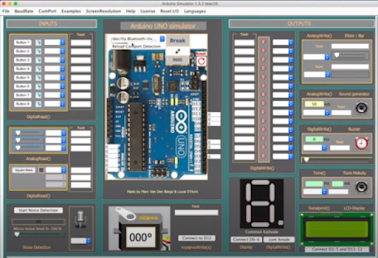 Partsim is a freeware software, and it is easy to apply a circuit simulator. parts run in
your Internet Browser. You can use it online. We also used this circuit simulator to
calculate the current in each loop. 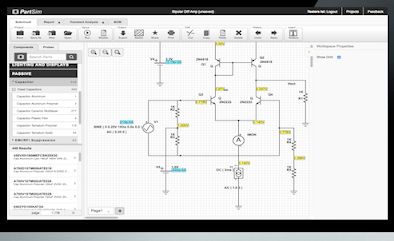 Popular posts from this blog

July 07, 2020
788bs Led Matrix Pinout There are several types of led matrix Displays available in the market. We can differentiate it as per size and types of connection, e.g. 5x7, 8x8, common anode, and common cathode type. It comes in different single colors and RGB. But in this article, I will discuss 788bs as a common anode 8x8 red color matrix Modules. We use it in many electronics displaying items, e.g. electronics clocks. also for moving message displays, displaying games, etc. We use a dot matrix display with an Arduino UNO board directly, sometimes in projects. But for some projects, we use a max7219 chip or 74hc595 for dot matrix driver as required in our projects. 8x8 led Matrix Pinout details The 788bs led matrix modules used in various colors, but I specifically describe the red led matrix. It is very easy to Interface a led matrix with an Arduino board as compared to an RGB led display. If we look at a piece of the 8x8 dot matrix , it contains 16 pins in which 8 pins used for r
Post a Comment
Read more

Getting started with arduino uno for led blinking

May 16, 2020
What is Arduino Uno? The Arduino Uno is an electronic board that has  the ATMEGA 328P microcontroller. It has analog and digital input/output pins. We use it in simple projects, e.g. led lights and also complicated robotics projects.  Let's  get started with  Arduino  to run our first program. As we use it with different machines e, g. Windows, Apple, Ubuntu, mobile, etc.  as usual Arduino programming is difficult for newbies, but if you get in touch with this Arduino tutorial, it could be helpful. Getting started with Arduino Here, I will discuss especially the Windows operating system and also a little another operating system. First, I will discuss how to interface with the Windows operating system. Requirements for Arduino setup Arduino Uno            Amazon USB Cable A-B male (usually used for printers)   Amazon Laptop/Desktop with Windows 7, 8, 10 The IDE Software Led (can choose any color)    Amazon Resistance (value of 230 Ω) Amazon   Setup Arduino ide Get the latest vers
Post a Comment
Read more

December 14, 2020
Arduino Nano pins details with schematic Arduino Nano comes in small size and has the same function as Arduino Duemilanove. Nano contains Atmega328P Microcontroller as the main chip. Nano uses a small jack for the DC power supply.  For the USB interface and power, it uses a mini USB type B cable.   It is an electronic experimental board and being small in size,  we could install it easily in our projects . It has more analog pins than Uno, so very helpful to create controlling type electronics projects . Arduino Nano Board Details If you look at the Nano board Arduino Nano Pins the Atmega328P micro-controller is the major component of the board. The board has four LEDs for different identification. For ON, RX for receiving data, TX for transmitting data, and L for loading the program. Arduino Nano pin Diagram Atmega328P Datasheet To learn Arduino Nano pin out it is necessary to understand the datasheet of the Atmega328P   Microcontroller . We can download the datasheet from the li
1 comment
Read more

Arduino Books for beginners and experts

May 27, 2020
Arduino Books for absolute beginners Arduino books are very helpful to learn about the smart Arduino board . These books provide the basic idea to start a project with basic knowledge of electronics. Some of these books contain codes for the projects, including pictures. These Arduino books for beginners and for experts who come up with a deep knowledge of electronic components. Programming Arduino: Getting Started with Sketches Edition - 2nd  Writer - Simon Monk . Amazon Kindle books Edition 191 Pages The Arduino programming book is using sketches to program the Arduino. It is very easy to use this book. It contains a thoroughly updated manual, step by step, on how you can speed program all Arduino models. This Arduino tutorial book gives a good understanding of Arduino regards hardware fundamentals. It has a brief description of micro-controller details, components and chips mounted on the Arduino board . Instruction about setting up the software. Introduction of Arduino power-up
Post a Comment
Read more